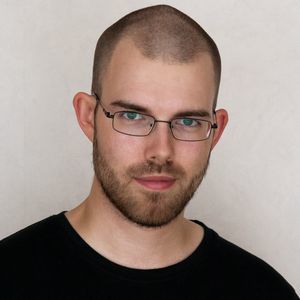 Sven Karsten Greiner, born 14 November 1989 in Celle, Germany, where I grew up and still living there.

My school education began at the Grund- und Hauptschule Blumlage Celle and continued at the Gymnasium Ernestinum, where I got my "Abitur" certificate in 2009. In addition to English I also learned Latin and ancient Greek as foreign languages.
After an alternative civilian service at the Deutsches Rotes Kreuz – Kreisverband Celle e.V. I started studying computer science at the Leibniz Universität Hannover in the winter semester of 2010/11 and obtained my bachelor's degree (topic of the thesis: Direct Interaction with Around-Device Targets) in early 2014. I successfully finished my studies in spring 2017 with a M.Sc. Computer Science (topic: Development of a Rolling and Flying User Interface). Currently I am employed as a software developer in the area of automatic guided vehicles.

Early on I was interested in computers. Everything started with my father's old Atari and continued with my frist own PC around 2000. For a long time I used Windows as my main operating system, until I switched to Linux in 2009.

Around 2003 I started to get interested in programming. I did not want to use just existing software, but also realize my own ideas. So I tried various (partly exotic) programming languages. My focus is on Java and C/C++, but I also use Scala, Python, lua, Bash, JavaScript and PHP regularly. Many of my projects are available at GitHub. In 2011 I started to be one of the project leaders of c:geo, an open-source Android app for geocaching, and I am still involved in organization, development and support.
One of my goals: Coexistence of technology and nature, because the first of them is firmly established and the second worth protecting.

In 2005 another focus of my life started to be wolves and dogs. Ever since I am active in wolf conservation and operate the Wolf-Forum. Since end of 2005 Rika (Gandajrika vom Braulshof), a female Eurasier dog, lives with me, since 2012 also her son Bleydh vom Wolfsland. You can find their stories at my mother's website.

Other hobbies and interests are photography (in the past with DSLR, now primarily with smartphone and compact cameras as "EDC"), geocaching (since beginning of 2008 via geocaching.com and OpenCaching), HP calculators, music (i.a. Prog/Symphonic Rock, Alternative; I play guitar and chalumeau), OpenStreetMap, flashlights, writing instruments, EDC and many other things, practically everything related to electronics, animals or outdoor.

You can contact me via email (preferably GPG encrypted) and Jabber. Additionally I am online in some IRC networks (freenode, OFTC, hackint).